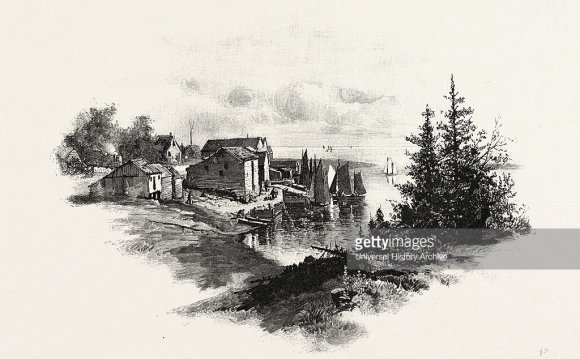 A federal panel has just given its OK to Ontario Power Generation's plan to store nuclear waste in a deep underground bunker near Kincardine, Ont., near the shore of Lake Huron. The joint review panel said "the project is not likely to cause significant adverse environmental effects."

As one might expect, that decision did not sit well with those who say the project will pose a threat to the Great Lakes, especially Lake Huron, which lies just 1.2 kilometres from the proposed disposal site. The major concern is that radioactivity might eventually leak into the main source of drinking water for 40 million Canadians and Americans.

While the panel's favourable review does not amount to a final green light for the project, it is a victory for the plan's supporters.

Here are some key questions about what the storage project is all about:

What nuclear material will the bunker store?

The Deep Geologic Repository (DRG), as it is called, will store 200, 000 cubic metres of low- and intermediate-level radioactive waste in an underground storage facility far below the Bruce nuclear power station.

This Nov. 1, 2013 photo shows rows of chambers holding intermediate-level radioactive waste in shallow pits at the Bruce Power nuclear complex near Kincardine, Ont. Ontario Power Generation is seeking permission from the Canadian government to permanently store low- and intermediate-level radioactive waste in a rock chamber that would be built 680 metres underground and 1.2 kilometres from Lake Huron. (John Flesher/Associated Press)

By volume, 80 per cent of the waste is expected to be of the low-level variety.

Both types of waste from these three sites are already being stored above ground at the Bruce facility.

What about highly radioactive used nuclear fuel? Could it be placed in the bunker?

OPG says high-level radioactive waste (used fuel) would never be placed in the bunker, saying a facility to handle spent fuel rods would need to be designed quite differently from a DRG. The review panel agreed.

However, opponents of the project worry that allowing the Kincardine waste bunker will set a dangerous precedent.

The proposal is to build a repository 680 metres below the surface — with two shafts, tunnels and underground storage rooms that would spread out over an area of about 40 hectares. The storage facilities will be located amidst thick layers of limestone rock in what's called the Cobourg Formation.

The review panel says this rock is geologically stable and has low permeability, meaning that liquids and gases can't easily pass through it.

So why not leave the waste material on the surface where it's now stored, as some opponents have suggested. Wouldn't it be easier to address radioactive leaks if the waste is on the surface?

OPG says, and the panel agrees, that surface storage is riskier than going underground.

"Compared to a surface facility, the additional protection of hundreds of metres of rock in a difficult-to-access location with limited or no exposure to natural surface phenomena reduces the likelihood as well as the consequences of both natural and human-related hazards, " the panel concluded.

How long will this radioactive material be stored in the bunker?

Should the proposed facility go forward, construction would begin in 2018 and the DRG would receive its first load of waste around 2025.