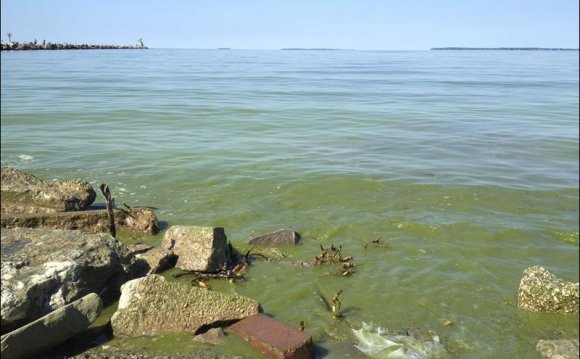 Two residents of Japan street in Millcreek Township had stepped outside for a smoke when they noticed 6 orange glowing objects in the sky, car alarms and police sirens had gone off at the same time as the incident and the pair went over to their neighbors house to verify what they were seeing. Here is his testimony as per the MUFON database:

It was approximately 9-910pm. My neighbor and his friend knocked on my door and started to tell me about these abnormal lights they saw in the sky. Then we saw one orangeish light in the sky. It was North/North West fro

m my house, so it appeared to be above

The light was visible for about a minute. It appeared to be moving west(left in the sky) slightly, the light started to fade a little bit, then completely disappeared. During this time the light moved up and down slightly. The light was orange, but didn't appear to be a fireball. It was not making any sounds that we could hear.

My neighbor and his friend then told me that maybe 4-5 minutes before, they stepped outside their house to smoke. They saw 6 orange lights (like the one I saw). The lights appeared to be north/north west (again appearing to be above

Lake Erie) They ran into their front yard to get a better look. The six lights appeared to be in some sort of formation, moving together. During this time multiple car alarms in our neighbor hood alarmed (I heard these while I was inside my house) The car alarms were on different streets. After about a minute or two, they came and knocked on my door, that is when I saw the one light I previously mentioned.

When I first saw the object, I wasn't sure what it was, planes usually appear higher in the sky. Also I've never seen a plane with an orange light like that. I really couldn't think of any logical explanations, especially after the story my neighbor and his friend told me of seeing six lights. We all found it to be slightly odd that there were a number of car alarms that had gone off as well. I have no clue what it was, but it was definitely out of the ordinary.

The witness had contacted me on Facebook within minutes of the sighting asking if I had heard anything about the phenomenon, his description of the object was similar to the UFO filmed over Moscow on September 9th of this year:

When the witness saw this video he said the object was very very similar to what he encountered on the 17th. Could this be the same or same type of object?

Southern Lake Erie has been a hotspot of UFO and aerial phenomenon lately. One of the chapters in my latest book "Eerie Erie: Tales of the Unexplained from Northwestern Pennsylvania" (Tcount the mass of UFO sightings above and below the waters of Lake Erie within the past few years. Massive objects being reported crashing into the waters on the Lake's Southern shore, an amazing incident of a large UFO landing on the icy Lake that launched scout ships witnessed and recorded by Coast Guards, and many more.

On August 8th of this year, a fireball was detected by all-sky cameras from the Southern Ontario Meteor Network at 1:22 a.m. EDT. According to Space.com, "It was picked up over Lake Erie and proceeded south-southeast over Ohio, " said Bill Cooke, head of NASA's Meteoroid Environments Office at the Marshall Space Flight Center in Huntsville, Ala.The meteor was last tracked north of Gustavus, Ohio, and the potential impact zone for meteorite fragments is a region east of Cleveland"

Searching for auction Japan? This is the place.