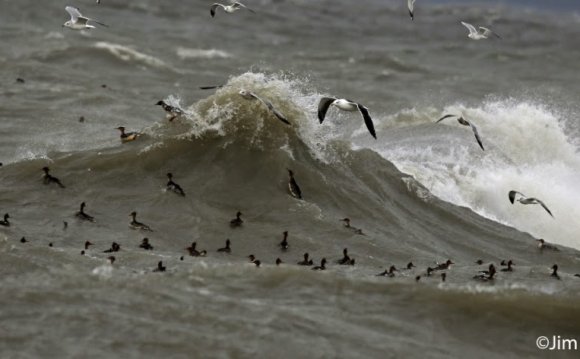 The mouth of the Niagara River offers some of the best hunting for Old Squaws and White Wing Scoters anywhere in the United States.

This picture shows our decoys stretched out behind our boat as well as 3 limits of ducks taken on three consecutive days in early December.

The Niagara Bar is the wintering area for thousands of Old Squaws as well as Scoters.

Old Squaws are one of the most sought after ducks around.

I recommend you bring at least two and maybe three boxes of shells (steel or non-toxic shot only) as these are one of the fastest and hard to hit ducks around.