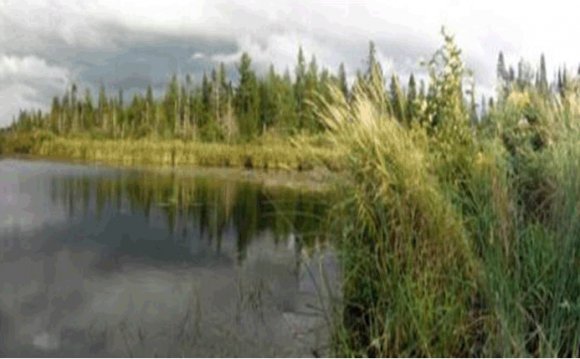 The Bad River Band Of Lake Superior Tribe of Chippewa Indians is located on a 125, 000+ acre reservation in Northern Wisconsin on the south shore of Lake Superior (Known by the tribe as Gichi Gami) in Ashland and Iron Counties. Territory ceded by the tribe to the U.S. government includes the upper one third of what is now the State of Wisconsin.

The tribe has over 7, 000 members, the majority living off the reservation, about 1, 500 live on the reservation in one of four main communities. These are New Odanah, Diaperville, Birch Hill and Frank's Field plus others at scattered sites and the Beartrap Creek area. The reservation is over 90% wild land kept in its natural state whenever possible by the tribe. The land base plus almost 200 acres on Madeline Island was set aside for the Bad River Band (then known as the Lapointe Band) in the treaty of 1854. This treaty was finalized on September 30, 1854 at Lapointe on Madeline Island, longtime capital and cultural/religious center of the Ojibwe AKA Chippewa Nation. The meaning of the word Ojibwe is unclear at this point: some would translate it as "he who writes", referring to the fact that the people kept some of their records written on birchbark scrolls in a pictographic writing system they had developed.

The Ojibwe people have been located in this area since well before Columbus stumbled onto the Americas; historically, the French explorers Radisson and Groseilliers "discovered" Ojibwe people here in the mid-1600's.

The Bad River Band is one of six Ojibwe bands in Wisconsin that are federally recognized tribes, four set aside reservation treaty lands in the Treaty of 1854. These four are Bad River, Red Cliff, Lac Du Flambeau and Lac Courte Oreilles; the other two bands are St. Croix and Mole Lake. Linguistically the band is listed as being of the Algonkian language stock; the native language is known as Ojibwe Anishinaabemowin. The Chippewa or Ojibwe Nation is one of the three largest native nations in North America. Ojibwe people are culturally known as semi-nomadic hunters, fishermen and gatherers.

They are a patrilineal society meaning their clan or "dodem" membership is passed down through the father. A person's clan membership originally denoted what function in society the family and individual would fulfill. The primary clans surviving here are the Crane, Loon, Eagle, Bear, Marten, Lynx, Bullhead, Sucker and Turtle. The original religious society is known as Midewiwin or Grand Medicine Lodge.

In modern times people may belong to the Midewiwin, one or more of the Big Drum societies, or a Christian Sect primarily Catholic and Methodist. The Ojibwe people traveled from the east coast St. Lawrence River area west around the great lakes to their present locations over a considerable period of time. Legend tells of a search for a place where food grows on the water; that food is Wild Rice and is located in most of the Ojibwe country today. Odanah (meaning village) was originally located at the confluence of the Bad and White Rivers. The area was originally known as "Gete Gititaaning" meaning "at the old garden". This area is rich in topsoil due to the flooding of the rivers; this is where the people used to plant their gardens and return in the fall to harvest. The Kakagon Slough area contains most of the Wild Rice beds the tribe harvests from annually; this is one of the largest pristine freshwater wetland estuaries in the Midwest. The entire reservation is located in a bowl that is surrounded by highlands on three sides; the continental divide is south of the reservation so the rivers here flow north. The location in this bowl with its proximity to Lake Superior provides natural protection from cold, snow and summer heat. The weather is warmer during most of the winter, cooler in summer and this area gets less snow than the surrounding areas. The woodlands are mixed cutover lands having been clear-cut of pine between 1850 and 1920; they support many species of game animals and furbearers.

Bad River Band of Lake Superior Chippewa on a proposed ...