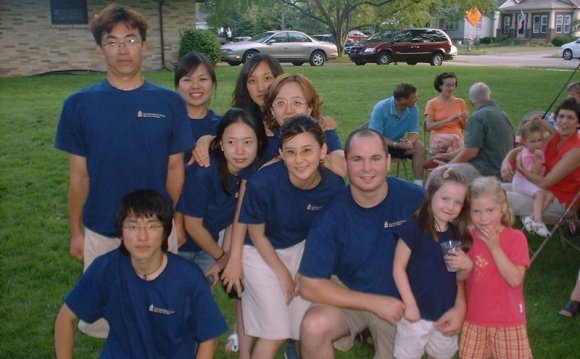 A Presbyterian Church was started in Tawas in 1869 but was dissolved in 1933. The church returned to the Tawas area in 1986 after an absence of 53 years. Dr. William Bos, a retired Presbyterian minister, moved to East Tawas from Florence, OR and started a summer worship program. Arrangements were made to rent the Odd Fellows Lodge, located in East Tawas, as a place to conduct worship. Services began May 4, 1986 with 18 people.

The church was chartered by the Presbytery on October 27, 1991. The First Presbyterian Church of Bay City is fondly looked upon as our mother church' because of the support they have given over the years.

Property for a building project was purchased in 1991 and construction on a new $490, 000 sanctuary began early in 1993. Members voted to build an octagon shaped facility that would seat approximately 300 and have space for fellowship and Christian education. The first worship service was held in the new sanctuary on Sunday, December 19, 1993. The church property extends in an L' shape from US-23 to Aulerich Road.

The addition of a new Foyer, Parlor, Pavilion, Memorial Garden and Columbarium was completed in 2007.

The Rev. Pestrue was called to another congregation in 1999 and the Rev. Kenneth Tousley became the Interim Pastor during the search for a new pastor. The Rev. G. Richard (Rick) Vogeley was called by the congregation to be the 2nd full time installed pastor on September 24, 2000.

T.A.P.C. is part of the Presbyterian Church U.S.A. denomination. The local church is governed by a Session made up of 12 Elders elected from the congregation, which conduct all the corporate and ecclesiastical business of the church. A Board of Deacons, consisting of 15 members, focus on service and mission.

Since 1986 the Tawas Area Presbyterian Church has grown in spirit and body. Today nearly 200 active and dedicated members and friends are involved in the life of this church, serving a large area (50 mile radius) along the coast of Lake Huron, the "Sunrise Side" of northeastern Michigan's lower peninsula.

Siberian Husky Puppy Swims in Lake Huron and Rides in the ...