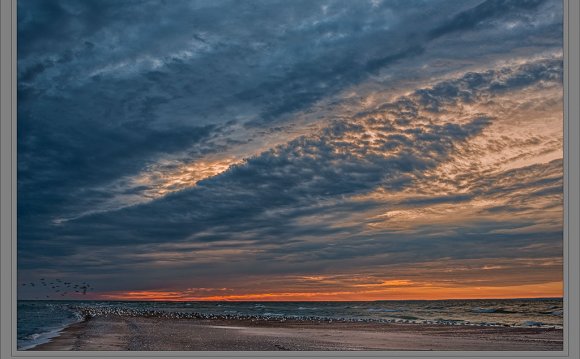 Recent expansion of Phragmites australis throughout many Great Lakes wetlands has caused concern among resource managers because it is thought to degrade waterfowl habitat and reduce biodiversity. Wetlands at Long Point, Lake Erie, have some of the most important habitats for staging waterfowl on the Great Lakes and anecdotal evidence suggests that Phragmites has been expanding rapidly in some of these wetlands. To make informed management decisions, a better understanding of historical changes in distribution and abundance of this species is needed, as well as the ability to identify which plant species/communities Phragmites is replacing. Long Point's wetland communities were digitally mapped from aerial photographs from 1945 to 1999. The aerial extent of Phragmites stands was measured by digitizing vegetation boundaries, ground-truthing, and analyzing the data using a GIS. A geometric growth formula was used to determine the intrinsic rate of change of Phragmites over time. Phragmites abundance fluctuated throughout the period (1945: 4 ha; 1955: 7.7 ha; 1964: 69 ha; 1968: 3.6 ha; 1972: 15.1 ha; 1978: 17.7 ha; 1985: > 4 ha; 1995: 18 ha; 1999: 137 ha), but its abundance increased exponentially between 1995 and 1999 (137 ha; intrinsic rate of growth in area = +0.50/yr). The species/communities that were most often replaced by Phragmites between 1995 and 1999 were Typha spp. (33.8%), marsh meadow (31%), sedge/grass hummock (10.8%), and other mixed emergents (9.6%). Of 31 stands analyzed within the study area, 28 (90%) were of a non-native strain of Phragmites australis (haplotype M) that has been rapidly expanding throughout the Atlantic region of the United States. We suggest that the recent rapid expansion of Phragmites at Long Point is the direct result of this exotic invasion, and that it has been facilitated by both declines in Great Lakes water levels and increases in ambient air temperatures; anthropogenic and natural disturbances have possibly also contributed. Given the invasive nature of the exotic genotype, combined with future global warming predictions, Phragmites probably will continue to rapidly expand throughout lower Great Lakes coastal wetlands.