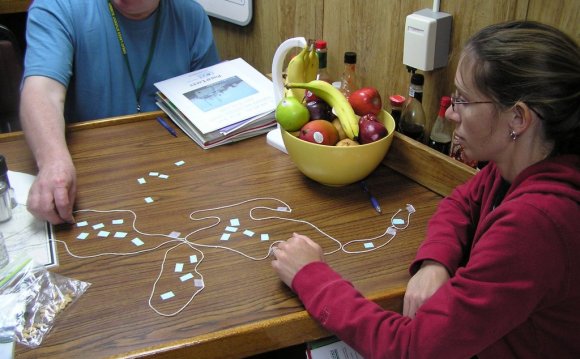 Despite misled efforts by some of the twentieth century’s great thinkers, the expression of emotion through music is one of the most thrilling and engaging of its qualities. Due to some of the baggage left by the reactions to romanticism, emotion (and in particular, love) is something musicians occasionally shy away from when discussing their art for fear of being labeled tawdry or kitsch. It came as a pleasant surprise, then, that eighth blackbird and the Altius String Quartet used love as the proverbial thread to weave together a concert featuring works by everyone from Mendelssohn to Monteverdi to Bon Iver at the Kerrytown Concert House in Ann Arbor, MI on Friday, June 26, 2015.

When Beethoven died in 1827, Felix Mendelssohn was hard at work studying the late composer’s final five string quartets, which were published that same year. The youthful Mendelssohn—only 18 at the time but already having written some of his most enduring works—had also recently been affected by a love interest for whom he wrote his Lied “Frage.” Mendelssohn used the theme from this song to construct his String Quartet No. 2 in A Minor, Op. 13, which the Altius Quartet performed to open this concert for the Great Lakes Chamber Music Festival. Before their performance, Joshua Ulrich, one of the violinists with Altius, described his own vivid hearing of the love story told by Mendelssohn’s composition, in a way honing the emotional content of the evening. Their performance, from the first breath before the very first note, was captivating. Altius’s sense of ensemble shined in every aspect of their playing from the richness of their tone to the arc of the work and its component parts. What’s more, they filled this room—a house turned into a concert venue; a chamber in the most traditional sense—with what was a living, breathing statement about love and loss.

The remaining works were each performed by eighth blackbird, the first of which was a duet for piccolo and percussion by Timo Andres called Crashing Through Fences. The piccolo and glockenspiel begin with a shared melody, and the work develops largely through a sort of dialogue in which the two instruments separate from one another and then “chatter” back and forth, so to speak. Andres himself calls the work “an uncomfortably intimate sort of piece, ” which held true in Kerrytown, especially due to booming pedal bass drum hits—which seemed to startle the audience delightfully—that put the delicacy of the two pitched instruments in relief. After asserting itself more frequently during the development of the work, the bass drum became a focal point for a groovy rock-inspired final section, which seemed unexpectedly to be a fitting climax for an otherwise sensitive work.

To close the first half, eighth blackbird performed David Lang’s these broken wings, a work commissioned by the ensemble for their instrumentation. The first movement, titled “one, ” is an unrelenting torrent of activity requiring the utmost musical concentration—unsurprisingly, the members of eighth blackbird performed it with seemingly effortless musicality. The second movement, titled “two (passacaille), ” began with a pedal tone shared by vibraphone and flute that remained constant with the exception of a brief interlude near the end of the movement. The third movement, which the ensemble performed with all manner of flashing lights at the 2013 Grammy Awards, is as relentless and rhythmically unforgiving as the first, but with more and increasing energy.

Before performing their final work, Songs of Love and Loss by various composers, Tim Munro (flutist for eighth blackbird), brought the topic of love back to listeners’ minds. Earlier that day, the United States Supreme Court ruled in favor of a Constitutional right to marriage for all, and Munro, admitting the rarity of such an announcement, declared how appropriate it was that the final work on the program was a celebration of love. Set in four continuous movements, Songs of Love and Loss began with “Duo for Heart and Breath” by Richard Parry (from Arcade Fire). Lisa Kaplan, pianist for eighth blackbird, began the movement by listening to a stethoscope that was placed over her heart, allowing the pulse of the work to ebb and flow naturally with her heartbeat. Pulse was also determined by the other performers’ breathing, giving the music a meditative beauty that might partially be attributed to its literal humanism. “Lamento della ninfa” by Monteverdi and “Moro, lasso al mio duolo” by Gesualdo followed as the second and third movements. Munro’s arrangements of both of these madrigals thoughtfully engaged the ineffable middle-ground between love and loss through musical transitions that seamlessly linked these ostensibly incompatible emotions. The lament bass—a repeated descending scale motion—was also highlighted and given a distinctly contemporary and expressive stamp through the addition of glissandi that traded through the ensemble. “Babys” by the indie group Bon Iver was the final movement in Songs of Love and Loss. The song as recorded by Bon Iver has a tendency toward minimalism—its opening and closing sound not just a little like Music for 18 Musicians—and Lisa Kaplan’s arrangement of it was a fitting and altogether satisfying resolution to the denser sounds of the Monteverdi and Gesualdo arrangements.

eighth blackbird’s performances were nothing short of incredible. They played with poise, ensemble, musicianship, and, most importantly, breathtaking expressivity. The venue—which seated around 75-100 people and was full—the fortuitous political backdrop, and the repertory all had a hand in making this performance distinctly personal, but above all, it was the musicians themselves that shined, creating a profoundly moving evening of music.