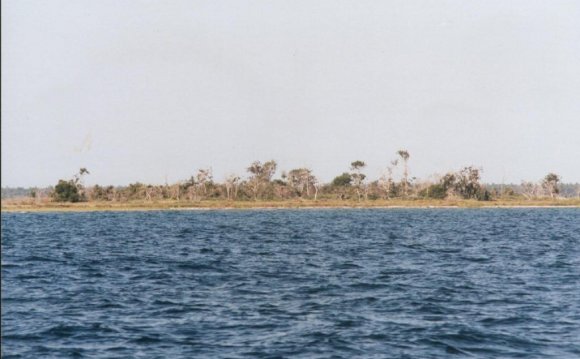 There are many allegedly haunted places in the world. Yet, most of the time these are solitary places of spookiness, anomalous locations that stand on their own; a house, a building, perhaps a hospital or even a wood among other things, all existing alone and in contrast to their surroundings as something other. There may be one ghostly presence or even several, but they still remain relatively secluded and sparsely inhabited places that lurk in the corners of the dark world we don’t yet understand. However, there is one island right off shore on Lake Huron in the great lakes where almost every square inch seems to be haunted by something or other. A popular summer tourist spot, this is a bustling, well-travelled island that nevertheless seems to be as crowded with ghosts as it is with visitors, so much so that it is often said that the dead outnumber the living here. Let us take a look at this deeply haunted mysterious island, a place absolutely brimming with the paranormal and which harbors more hauntings and ghosts per square mile than perhaps anywhere else in the world.

Mackinac Island is a 3.8 square-mile island that lies tucked away on the western tip of Lake Huron at the eastern end of the Straits of Mackinac, in the U.S. state of Michigan. Lying right off shore from the base of Michigan’s upper peninsula, just a 20-minute ferry ride from the city of Ignace, the island has a year-round population of only around 492. However, during the summer months the island is deluged with tourists, who come to see the abundant nature offered by Mackinac Island State Park, which covers over 80% of the land here and is the nation’s second oldest state park after Yellowstone, as well as the numerous immaculately preserved, renovated, and restored historical spots and buildings, with the island being listed as a National Historic Landmark. With its ordinances enacted by The Mackinac Island State Park Commission that require landowners to preserve the Victorian look of the buildings on their land as well as a ban imposed since 1898 on all motorized vehicles except snowmobiles in winter and emergency or construction vehicles, Mackinac Island has managed to maintain its quaint, charming historic look and appears very much today as it would have back during early European settlement of the island.

Otters in Lake Huron at Mackinac Island! Who Knew?!