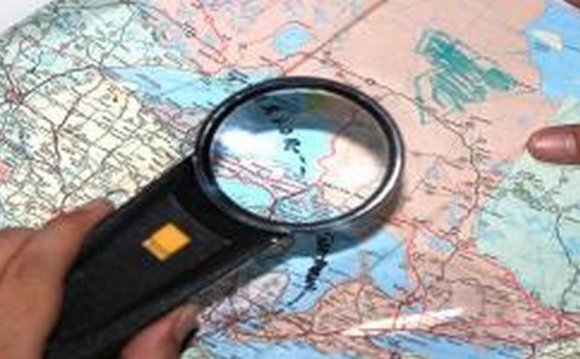 If you've learned about the Great Lakes in school, you've likely learned a special way of remembering their names. We call these techniques (pronounced “ni-mon-ick") devices.

One of the most common devices for remembering the Great Lakes is HOMES:

The Great Lakes and their rivers and channels make up the largest fresh surface water system in the world. In fact, they're so big that astronauts can see them from the moon!

Located along the United States-Canada border, the Great Lakes cover more than 90, 000 square miles of surface area. So how much fresh water is that? A lot!

Experts estimate that the Great Lakes hold more than 6 quadrillion gallons of water. That's about 22 percent of the world's fresh surface water supply and about 90 percent of the United States' supply.

If you poured out all the water in the Great Lakes evenly across the lower 48 United States, the water would be about 9.5 feet deep.

Although the Great Lakes consist of five separate lakes, together they form one interconnected body of fresh water. the interior of the United States and Canada to the Atlantic Ocean, water flows from Lake Superior to Lake Michigan and Lake Huron.

It then flows south to Lake Erie before following the Niagara River over Niagara Falls and into Lake Ontario. The St. Lawrence River eventually takes Lake Ontario's flow to the Atlantic Ocean.

The size of the Great Lakes area can be hard to comprehend. In addition to the five Great Lakes themselves, many rivers and thousands of smaller lakes — called " lakes" — are part of the system. More than 35, 000 islands can be found in the area, as well as more than 10, 000 miles of coastline.

Children who see one of the Great Lakes for the first time sometimes mistake them for oceans because they're so big. There are plenty of ways to have fun in, on and around the Great Lakes. In addition to swimming, boating and fishing, there are many fun places to visit, including lighthouses and neat lakeside towns.