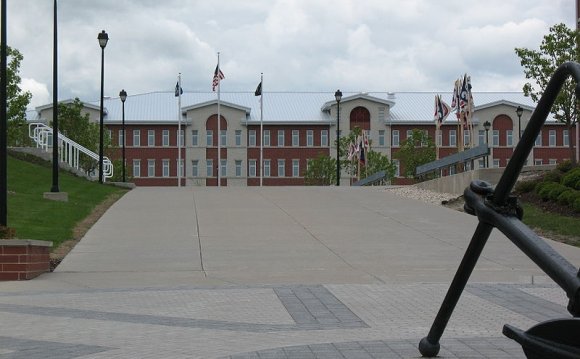 FORT MEADE, Md. — A study shows that basic training has become drastically easier in the years since you attended boot camp, resulting in a crop of new service members who are younger, less mature, and generally less disciplined than older, more experienced veterans.

The Rand Corporation polled thousands of service members across all four branches over several years. The survey determined that your training cycle was, “hands down, the last hard year of basic training, ” according to lead researcher Devon Douglass.

Pointing to anecdotal, quantitative, and statistical evidence collected by the survey, Douglass says that boot camp in the Marine Corps became at least three times simpler, while the Army began implementing “Stress Cards, ” resulting in basic training becoming up to five times less demanding. Similar studies of the Navy show that it, too, is currently “about half as tough” as it used to be.

“Only the Air Force showed mixed results, ” reports Douglass, who suggests that, while physical training and disciplinary standards appear to have dropped, most respondents to the survey did confess, “at least I never had to blow my Training Instructors in San Antonio.”

Douglass says nearly 90% of Army veterans surveyed complained about “stress cards” being used by newer soldiers in basic training. “Although I never met anyone who will admit using one, I know stress cards have been issued to Basic Trainees since at least 2007, ” says one anonymous email respondent.

“Stress cards, ” says Douglass, work like a “Get out of Jail” card from the board game Monopoly®, allowing recruits not to be yelled at when they become too overwhelmed by screaming Drill Sergeants.

“There’s nothing ‘great’ about Great Lakes anymore, ” says Chief Petty Officer Greg Ganders about the survey’s results. As a Recruit Division Commander at Recruit Training Command Great Lakes, he admits to also seeing a drop-off in basic training difficulty since he was an eager, 19-year old recruit himself.

“It’s almost as if these kids don’t know how stressful basic training is supposed to be. I mean, They still get yelled at, they’re still in a new place, surrounded by strangers, away from the amenities of their soft, cushy childhoods, but I remember it being so much … harder, somehow.”

For example, Ganders recalls having to stand in line to use pay phones in order to make phone calls while in boot camp.

“These kids today, they get to have their cell phones — we keep them locked away, sure — but on the rare occasion they get to make a call, it’s ‘Here you go, kids, ’ and they get their own phones back for fifteen minutes. It’s absolutely ludicrous. Boot camp has been a joke since 1998.”

“I hear they even began putting air conditioning units inside cattle cars, after that one kid died and all, ” said another respondent, referring to the cargo trailers used by the Army to transport large numbers of recruits from one training area to the next. The same respondent complained, “and what’s this bullshit about ‘Lightning Safety Areas?’ My drill sergeants used to say, ‘If it ain’t raining, we ain’t training.’ Basic’s been a joke since 2005.”

In the Marine Corps, where boot camp is split between the Recruit Depots at Parris Island and San Diego, survey respondents not believed that newer Marines had an easier time of basic training, but so did the Marines of their own generation that attended another camp.

“It’s not just the new boots that have it easy — those guys that went to San Diego got to tan on the beach, while I got eaten alive by sand fleas in South Carolina, ” says Staff Sergeant Vance Stanton, of his experience at Parris Island.

“Those guys will always be boots to me. Boot camp has been a joke since 2003.”

Although many at the Pentagon disagreed with the survey’s findings, Defense Secretary Chuck Hagel did offer some tepid praise for the results.