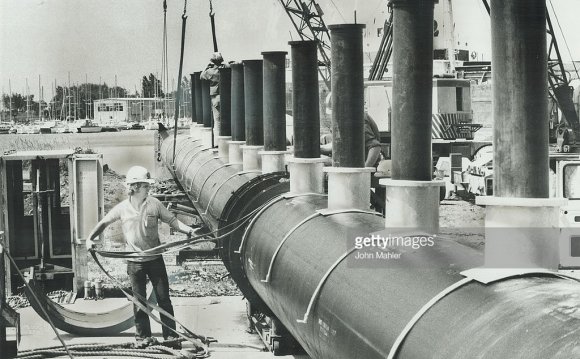 September 5 – Another report of the appearance of the great snake or water monster in Lake Ontario has reached us. We have it from reliable citizens who reside on the Lake shore in Parma [New York], ten miles or so west of the mouth of the Genesee, that on Thursday last [possibly August 29], just as sunset, this monster was seen in the water close to shore.

A drove of cattle went to drink, whereupon the huge monster raised his head above the water and approached the shore, intending no doubt to take an evening meal of fresh beef. The noise made by the animal as he came into shallow water frightened the cattle and they ran back from the beach in great fright. Half an hour later the same drove of cattle sought to drink at a place fifty rods west of the spot where they first went and were again driven away by the monster.

The occurrence drew to the beach several persons residing not far distant and caused a sensation. It won’t answer for anybody to go into that neighborhood and say that there is not a monster in the lake. Too many have seen the animal to doubt its existence. – Rochester [N.Y.] Union.“The Ontario Sea Monster Again, Galveston, Texas, Galveston Daily News, September 5, 1867.

Loren Coleman is one of the world’s leading cryptozoologists, some say “the” leading living cryptozoologist. Certainly, he is acknowledged as the current living American researcher and writer who has most popularized cryptozoology in the late 20th and early 21st centuries. Starting his fieldwork and investigations in 1960, after traveling and trekking extensively in pursuit of cryptozoological mysteries, Coleman began writing to share his experiences in 1969. An honorary member of Ivan T. Sanderson’s Society for the Investigation of the Unexplained in the 1970s, Coleman has been bestowed with similar honorary memberships of the North Idaho College Cryptozoology Club in 1983, and in subsequent years, that of the British Columbia Scientific Cryptozoology Club, CryptoSafari International, and other international organizations. He was also a Life Member and Benefactor of the International Society of Cryptozoology (now-defunct). Loren Coleman’s daily blog, as a member of the Cryptomundo Team, served as an ongoing avenue of communication for the ever-growing body of cryptozoo news from 2005 through 2013. He returned as an infrequent contributor beginning Halloween week of 2015. Coleman is the founder in 2003, and current director of the International Cryptozoology Museum in Portland, Maine.