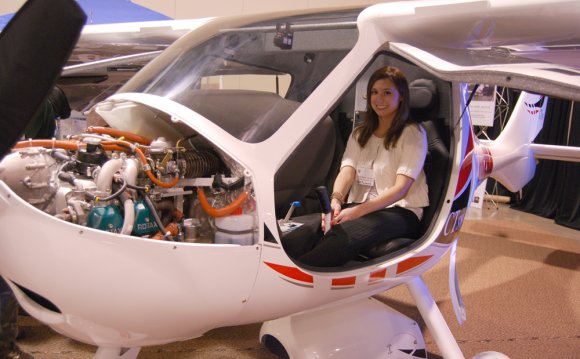 The 8th Annual Great Lakes International Aviation Conference & Expo was held in Novi, Mich. on Feb. 1 and 2. This year’s expanded show at the Rock Financial Showplace included more than 80, 000 square feet of exhibits and interactive displays. The conference succeeded in bringing many aspects of aviation together under one roof, educating attendees about safe flying and good maintenance procedures and encouraging the passion of flying.

The event included an aviation job fair and seminars for pilots, aircraft owners and builders, airport managers and FBOs. Technical workshops included many aviation subjects sponsored by the Federal Aviation Administration, NASA and experts from the aviation community. Maintenance program workshops were offered to aviation technicians, pilots and owners. Those wanting to fly hot air balloons attended workshops related to the unique challenges of balloon operation, flight, landings and communications.

On Friday night, the Federal Aviation Administration Flight Standards District Office presented various awards during a dinner and awards ceremony. The General Aviation Awards Program was developed to recognize members of the aviation community for their outstanding service.

Saturday morning, show management offered a free pancake breakfast. Everyone who attended the breakfast received a special treat with the appearance of the “cook, ” Trevor Muir, (also known as “Nut cake”), from Chris Cakes of Michigan. As each pancake was cooked, Muir flipped the pancake off the griddle, into the air and onto the customer’s paper plate, even successfully launching one to a pilot at a table 20 feet away.

The Michigan Air Tour, sponsored by the Michigan Aviation Association, invited attendees to participate in Air Tour 2008, scheduled for Sept. 12-14, throughout Michigan.

Women in Aviation, International, also had a booth. This group was formally established in 1994 to encourage women to seek opportunities in aviation. Their 15, 000+ membership includes astronauts, corporate pilots, maintenance technicians, air traffic controllers, business owners, educators, journalists, flight attendants, high school and university students, air show performers, airport managers and many others. Another booth related to women in flight offered information the International Women’s Air & Space Museum, located at Burke Lakefront Airport, in Cleveland, Ohio, is a repository of information about women in aviation and space.

In closing, Aaron Cook, director of aviation for Northwestern Michigan College, talked about the importance of the event and the need to take the grass-roots effort to the next level.