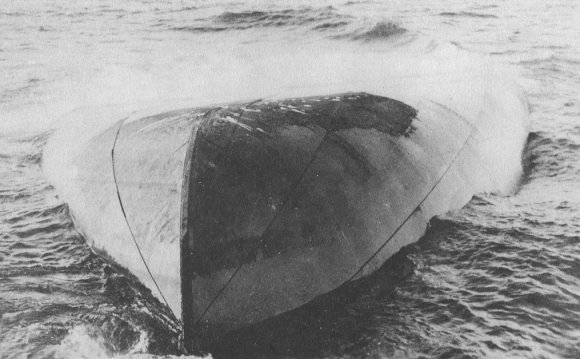 Lake Huron is one of the five Great Lakes of North America, a collection of freshwater lakes located in northeastern North America on the Canada–United States border. Aside from Huron, the lakes consist of Lakes Superior, Michigan, Erie, and Ontario. Together they form the largest group of freshwater lakes on Earth, containing 21% of the world's surface fresh water. The lakes are so huge that they are sometimes referred to as the North Coast or "Third Coast" by the people.

The Great Lakes have been sailed since at least the 17th century, and thousands of ships have been sunk while traversing them. Many of these ships were never found, so the exact number of shipwrecks in the Lakes is unknown. The Great Lakes Shipwreck Museum estimates put the figure at 6, 000 ship lost, but according to some historian the total number of wrecks is likely more than 25, 000. Some of the wrecks are in shallow water making them very popular spots for diving.

The greatest concentration of shipwrecks lies near Thunder Bay (Michigan), beneath Lake Huron, near the point where eastbound and westbound shipping lanes converge.

One of the most popular shipwreck – the remains of the Canadian schooner Sweepstakes - lies in Lake Huron. Sweepstakes is located approximately 50 yards from the head of Big Tub Harbour in only 20 feet of water. This schooner is one of the most popular wrecks in the Fathom Five National Marine Park, in Tobermory, Ontario where it is often visited by tour boat passengers, divers, and snorkelers. The 119 feet-long hull of the schooner that sunk in 1885 is almost completely intact.

Close to the wreck of Sweepstakes lies the wreck of “The City of Grand Rapids” which caught fire in the harbor of Tobermory in 1907. To save the dock and neighboring ships, the City of Grand Rapids was cut loose from the dock and pulled into a nearby bay where she could burn without endangering other ships. The wreck remains in only 15 feet of water and is still well-preserved over 100 years later.