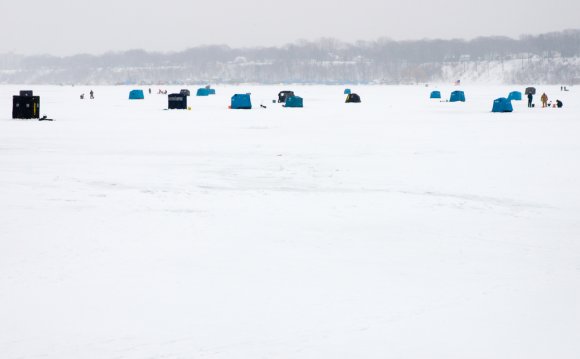 Changes in salt levels-and in the kinds of algae growing in the lakes-undoubtedly will affect the fish living in those waters. Indeed, some common Great Lakes fish, such as the alewife, smelt, and lamprey eel, were originally ocean fish.

''Freshwater fish and saltwater fish have very different requirements, and certainly native freshwater fish (such as lake trout and whitefish) would not be able to survive over the long run if chloride levels increase, '' says Lee Botts, former chairman of the Great Basin Commission and now a research associate at Northwestern University's Center for Urban Affairs and Policy Research.

But for the moment, few researchers are concentrating on what might happen to the fish population. Their first concern is monitoring levels of salt in the lakes, the rate of saline increase, and the effect on algae.

The highest levels of sodium chloride are found where human population and industrial activity are heaviest, particularly closer to shore. Lakes Erie and Ontario have the highest salinity readings, while Lake Superior is lowest with only l or 2 milligrams of salt per liter of water. Even in areas where the highest concentrations have been found, such as the mouth of the Saginaw River in Lake Michigan, the salinity level is only about one-tenth that of ordinary sea water.

''The levels are low enough now-it's the rate of increase that's the concern, '' says Lee Botts. ''The question is how high are the levels getting and how fast. The rate at which the change is occurring is alarming and the rate of change in the species of algae is an early indicator of that.''

While there have been some efforts to curb the Great Lakes' salt inflow-some industries, for instance, have reinjected leftover salt brine into existing rock salt formations-many experts say the lakes may be in imminent danger before any corrective action is ordered. Then it is often too late, they say.