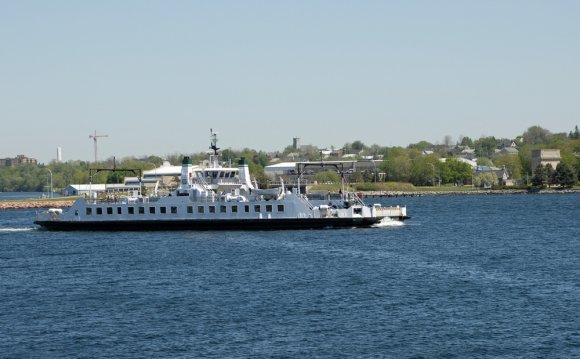 While you may know that Rainy Lake is known for it's great fishing - namely feisty smallmouth bass, big walleye, huge northern pike and crappie, you may not be familiar with some of these facts about Rainy Lake, Ontario, Canada:

1 - Roughly 70% of Rainy Lake lies in Ontario, Canada and 30% in Minnesota, United States.

2 - Excluding the Great Lakes, Rainy Lake is the 5th largest inland lake in Ontario. Rainy Lake covers 92, 100 ha (227, 604 acres) and has over 2, 200 islands of which over 2, 000 are in Canada. Some of the main ones are Little American Island, Campfire Island, Dryweed Island, Big Island and Surveyor's Island.

3 - The Noden Causeway crosses Rainy Lake to connect Fort Frances with eastern communities such as Atikokan and Thunder Bay. The causeway was officially opened in 1965 and is comprised of three sections a the first totaling 2, 000 feet, the second at 1, 800 feet and the third at 450 feet.

4 - Rainy Lake is roughly shaped like an "L". The vertical part of the L runs north-south and is called the North Arm. The horizontal part runs south-east and is referred to as the South Arm. There is also Red Gut Bay which juts out from the center of the L.

6 - There is a mermaid statue out on the lake. Only accessible by boat, the mermaid which was built in the 1930s, is located in Silver Island Narrows, near Copenhagen Island. National Geographic lists it in their Heart of the Continent Points of Interest.

The Rainy Lake Mermaid. The left shows her in the flood of 2014 and the right shows an average year. Photo: Jackie Dupuis-Brandli

8 - It was first established in 1688 by Jacques de Noyen and has been settled continuously since 1731.

Beautiful Rainy Lake in the fall

9 - Rainy Lake's major inlets are Namakan Lake, Kabetogama Lake and via the Seine River and its outflow is the Rainy River where it is harnessed to make hydroelectricity for both Canada and the United States locations.

10 - The CANPASS RABC program facilitates the border clearance process for individuals wishing to cross the border into Canada in remote areas. If you are fishing Rainy Lake in the United States, you can cross into the Canadian waters using this pass. You must abide by Canadian rules and Ontario fishing regulations.

How many of these Rainy Lake facts did you know?

10 Facts About Lake of the Woods - Northern Ontario Travel