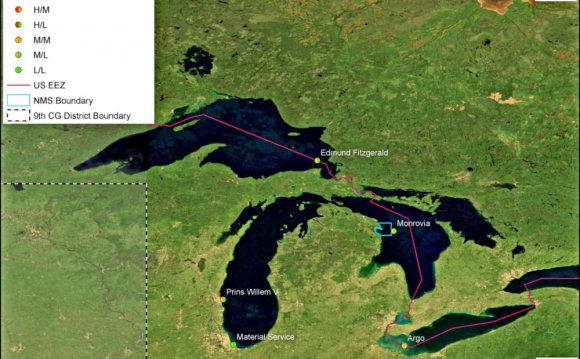 What borders what?
The Great Lakes are in North America, straddling the border of both the United States and Canada. If you stood on the moon, you could see the lakes and recognize the familiar wolf head shape of Lake Superior, or the mitten bounded by lakes Michigan, Huron and Erie.

Lake Superior is bordered by the states of Minnesota, Wisconsin, Michigan, and the province of Ontario.

Lake Michigan is the only lake that is fully contained within the United States, bordered by Wisconsin, Michigan, Illinois, and Indiana.

Lake Huron is bordered by the state of Michigan and the province of Ontario.

Lake Erie is bordered by the states of Michigan, Ohio, Pennsylvania and New York and the province of Ontario.

Lake Ontario is bordered by the state of New York and the province of Ontario.

The attitude to the surrounding world from the point of view of science is also characteristic of those who are professionally engaged in medicine. In surgical operations, the main thing is a deep knowledge of the processes in the human body and the ability to manage and correct these processes. It is such deep knowledge and strong skills that graduates of  Surgical tech online programs receive. Within four months you will receive both theoretical and practical training, allowing you to pass the exam for the national certificate of a surgical technician, as well as, if you wish, the certificate of an Electrocardiogram technician (Photo by Oli Dale on Unsplash).

Maps of environmental stressors on the Great Lakes

The Story of the Great Lakes Commons Map