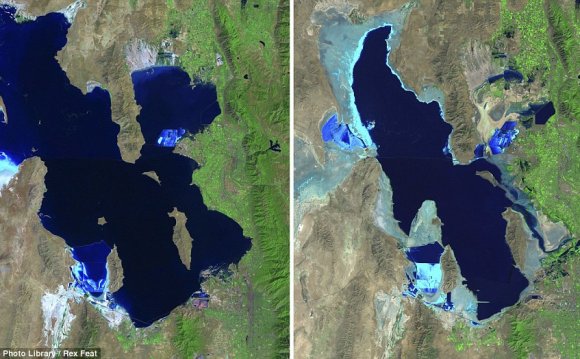 With imagination one can explore and understand how very different life was for people in the United States before the Golden Spike was hammered into the ground in Utah in 1869. That was a much-hailed event that knitted the country together by linking two railroad lines from the eastern and western ends of the continent. Just ten years earlier, when the map at left was made, life was more centered on local transactions. It was hard for families with children to visit friends because travel in this part of the country was slow and arduous, over bumpy dirt roads by horse and wagon. A life involving daily travel for several miles from home each day to work was not feasible. Yet change was in the air even then.

Engineers had put together the recently-invented steam engine with the practicality of a road made of rails and cross-ties, and businessmen and politicians were envisioning a national transportation network – a railroad system. What a difference that could make in the life of this still-young nation! The federal government began sending dozens of mapmakers across the country to identify and draw the best routes for a national railroad in an initiative called “the Great Reconnaissance.” The work was physically demanding and dangerous. One expedition leader was killed by a hostile native Tribe. The group of mapmakers sent to Utah by Jefferson Davis, Secretary of War, fared with better health and included a German-born fellow called Frederick Egloffstein. He was a military man, explorer, mapmaker, landscape artist and engraver. As topographer for the expedition, he made the map we see at left: the Great Basin with a “Proposed Rail Road Line” along the southern end of Great Salt Lake.

Ultimately the railroad was built not along the route recommended by Egloffstein in his map of 1859 but north of Great Salt Lake with the addition of a short-cut across the lake added 35 years later (seen in the satellite image on the right). What a revolution the railroad turned out to be! It closed the pioneer era and began a time when communities were connected across the United States. People, mail, and goods traveled at much greater speed than ever before. Just Imagine! What once took months to see by horse and wagon, a person could now see in a railroad trip of two weeks. Life was lived on a broader geographic scale, and communities on rail lines thrived.

Leaping forward more than 150 years later, past the streetcar era and the appearance of automobiles and the federally-funded Interstate Highway System, we have NASA technology that provides an even broader view of our country and of the whole world: the space-based perspective of Landsat. Landsat’s view of the Great Salt Lake at right, from 705 km altitude, shows similar forms and patterns of the lake and mountains as those we see in Frederick Egloffstein’s map. The Landsat image maps colors and forms that are reflected by the land itself. Both maps fascinate.

Egloffsein made his map based on his personal observations of the land. He measured, drew and painted what he saw. Now in the 21st century, Landsat offers a high-altitude perspective seemingly effortlessly. Landsat instruments use special sensors for its eyes, ones that measure wavelengths of visible and infrared light reflected off the Earth’s surface. The sensors record how much light of each wavelength range is reflected from nearly every 30 m square of land surface on the planet. These measurements can be combined in different ways with software to explore and share characteristics of our lands and how they are changing through time.

Landsat’s view brings out details of the land that were unimportant in Egloffstein’s mandate as set out by Jefferson Davis and so were not depicted in the map of 1859: subtle differences across the desert surface; puffy clouds along short mountain ridges to the south of Great Salt Lake; dark colors of the deep salt water of the Great Salt Lake that give way to shallower, stored water confinements and to green mineral-rich sediment along the coastline. Landsat also shows many features that were not in Egloffstein’s view. With Landsat we see differences in northern and southern portions of the lake that have resulted from the 1894 creation of a railroad causeway running east to west. Urbanization appearing in gray blue tones now fills the landscape along the north-south line of the mountains to the east of the lake, on either side of Interstate Highway 15. Water levels in the lake appear to have dropped since 1858.

One can imagine that mapmaker Egloffstein would have been intrigued by Landsat, and also that he would probably have been relieved that no danger to life and limb of mapmakers was entailed in making these 21st century maps.

The national railroad system brought a revolution in commerce and mind-set to the United States in the 19th century. Landsat technology has fomented a revolution of its own, making hundreds of maps of landscapes around the globe daily and becoming an integral part of our national infrastructure just as the railway system and automobile Interstate Highway Systems did in previous eras. With Landsat we have our own 21st century Great Reconnaissance.