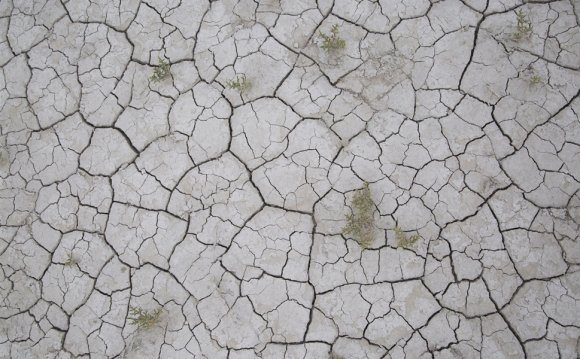 SALT LAKE CITY — The north arm of the Great Salt Lake has reached its lowest levels for the second consecutive year, triggering state officials to implement portions of a lakewide management plan to ensure its continued economic and ecological health.

Hydrologists, scientists and others involved in monitoring the status of the lake note that since the Union Pacific Railroad Causeway breach opened in 1984 as a flood control mechanism, water is no longer freely flowing between the southern and northern arms of the lake.

Utah's entrenched drought has already presented an array of complicating challenges for the Great Salt Lake and its users, with lawmakers approving an emergency appropriation early this year to pay to dredge the Great Salt Lake Marina, which has been rendered useless because of the silt and sludge.

A lower lake could also impact air quality along the Wasatch Front, in addition to economic impacts, officials said.

Depending on the behavior of this season's snowpack, authorities fear the south arm of the world's fourth largest terminal lake could also dip to a historic low — it sits only 1 foot above a previous low recorded 52 years ago.

"There is a chance the south arm of the Great Salt Lake could reach a historic low in 2016, but it depends on the amount of precipitation we get through the winter and spring months, ” said Cory Angeroth, scientist with the U.S. Geological Survey. “The condition of the current mountain snowpack is definitely a positive for the lake and hopefully the storms will keep coming.”

The problems are more than just low lake levels.

Erosion has chewed away at the railroad's 20-mile causeway, leading to the risk it might collapse. Initially, the railroad wanted to close off two rock-filled culverts, but a study of the water and salt exchange in the ecosystem led to final design of a 150-foot bridge. Construction began this fall, in partnership with multiple state agencies and the U.S. Army Corps of Engineers.

Because the lake's size and health is so tied to the historic fluctuation of its elevation, state and federal agencies, along with other partners, developed a Great Salt Lake Comprehensive Management Plan in 2013 to direct how and to what extent its resources are utilized and what protective actions can be put into place to ensure its long-term health.

As much as five times saltier than the ocean and with a maximum depth of only 35 feet, the lake is the Great Basin "hub" in North America for migratory birds — supporting as many as 5 million shorebirds on a major north-south route called the Pacific Flyway.

Lynn de Freitas, executive director of Friends of the Great Salt Lake, said its clear that the lake's ecosystem is taking a hit from the years of drought, with islands that are no longer islands and exposed lake beds creating difficulties for certain breeds of nesting birds.

"Gunnison Island has been experiencing the pinch of being landlocked for sometime, " de Freitas said, adding she's pleased state agencies are taking serious note of the lake's declining levels.

The lake also supports eight companies that mine it for salt, with about 2.5 million tons that are extracted on an annual basis.

Because 95 percent of the fresh water that enters the Great Salt Lake comes in from the south arm and the causeway breach is no longer facilitating any exchange between the two segments, Angeroth said the water in the north arm will continue to diminish over the next few months.

Once the railroad gets the new bridge in at the causeway — which is expected to be done by late spring or early summer — Angeroth said the south arm's elevation will decline, the north arm will begin to fill up and there will be some equalization.

"We will be able to re-establish moving salt from the north arm into the south arm."

The lake's management plan provides a matrix of protective actions that authorities begin to take once lake levels either dip to low or enter a stage that poses a risk of flooding.

As the lake has continued to drop because of the drought, the Utah Division of Forestry, Fire and State Lands has taken a number of steps to minimize impacts, such as boosting law enforcement patrols on the lake bed and posting closure notices to specifically protect nesting birds on Egg Island.

There are also new studies being carried out to better understand the lake's role in the creation of ozone — a pollutant at the heart of summertime air quality issues — and the lake's meteorological influences.

Laura Ault, the agency's sovereign lands program manager, said the state does not want to take anything for granted when it comes to the lake's health because it is intertwined with the region's quality of life.