Bull sharks in the Great Lakes 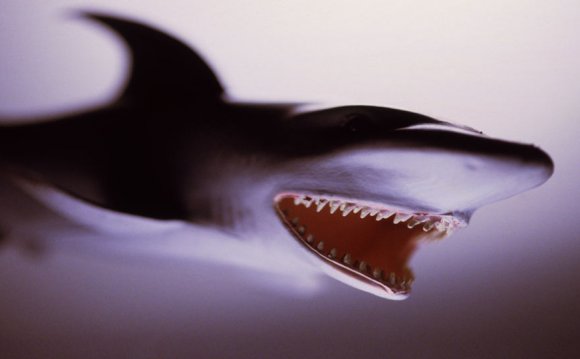 You could imagine how surprised I was to read on the local news sites the very next day that there was a shark found in Lake Ontario. A shark in one of the Great Lakes! And there was video evidence! I took a look at the video (below) with a friend, who is also a biologist. You can easily tell that the animal was not a shark. It could have been a harbour porpoise, but it was definitely not a shark.

If you ignore the title “Shark in LAKE ONTARIO!!”, then it’s quite a fascinating video. Finding a mammal in Lake Ontario is interesting. But, when someone spreads the word that there is a shark in one of the Great Lakes, people get worried.

It doesn’t matter that the chance of a shark getting into Lake Ontario is next to nil, especially this far north (Bull sharks are known to swim upstream in to rivers, but they live in the tropics). Once people hear the term “sharks”, fear seems to set in. In fact, the Ontario Natural Resources Minister Bill Mauro was skeptical about the shark sighting, but still said that citizens should be careful.

I’m not saying people went nuts and started to riot, but people were talking about it. The story went viral. Many news agencies posted the article with a Great White Shark picture nice and big…adding to the fear of a shark presence.

Shark Week, or should I say the Discovery Channel (the company who created and currently operates Shark Week), seeing how this story was taking a turn for the worst, promptly stated that the story was a hoax.

Discovery’s President, Paul Lewis admitted in a statement the video used a “life-like prosthetic model shark” to raise the question “could sharks surface in the Great Lakes?” Mr. Lewis went on to state “This video certainly sparked the conversation about sharks.”

The conversation certainly sparked a conversation; however, the conversation was not positive for Shark Week. The marine conservation community lashed out at Shark Week for continuing to fabricate “facts” about sharks. Here are just some of the tweets found on Twitter about the hoax:

My latest: Fraud, Deception And Lies: How Discovery’s Shark Week Became The Greatest Show On Earth

This is not the first time Discovery has replaced fact with fiction during Shark Week. Last year, Discovery produced an episode for Shark Week entitled Megalodon: The Monster Shark Lives where the fake documentary told stories of sightings and researchers from actors and fake scientists. More lies. Many of the viewers thought the Megalodon existed as the faux documentary used actors to portray scientists, but did not tell the audience the documentary was fake. There was a disclaimer at the beginning of the episode, but not many people saw it.

I understand Shark Week is designed to entertain viewers; however, shark week programming’s popularity should yield some responsibility.

Many people are afraid of sharks due to its reputation as an efficient predator, large teeth, and a giant movie franchise called “Jaws.” The fear has lead to people not caring as much for sharks as they would a dolphin; even though, some dolphins can be true a-holes. When people don’t care for something, they tend not to protect it. It’s taken shark researchers and marine conservationists decades to improve the reputation of sharks so people can rally behind their protection.