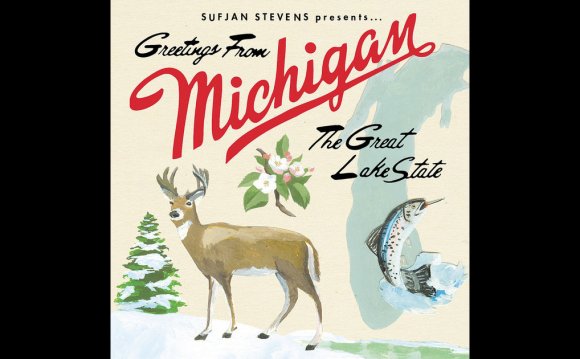 Let’s be honest, meatloaf isn’t going to win awards in the foodie world for being glamorous or particularly exciting. But maybe that is the reason why many adventurous and creative home chefs enjoy the challenge of tinkering with this old American classic to create something new. And really, the challenge isn’t so steep. After all, the basic elements of meatloaf are pretty forgiving when combined with new spices, ingredients and sauces. Kasey recently decided to take her first stab at jazzing up meatloaf, and the result is proudly on display in the Kitchen. While she decided to keep it relatively simple for her first foray in the rough and tumble world of meatloaf – she nonetheless added her own flair by substituting panko for regular breadcrumbs, sending veggies through the food processor and making her own homemade barbecue sauce to top it. The result was a clean, contemporary take on a popular suburban dish. So, for my pairing, I wanted a contemporary American album that also felt relatively straightforward. An album that is intimate and yet not boringly precious. And finally, I wanted an album that you’d actually want to listen to while enjoying a quiet meal with friends or family. And so the album I selected is Sufjan Stevens’ Greetings From Michigan, The Great Lakes State (referred to in short as simply: Michigan).

Michigan was the first of two albums recorded by Sufjan for his now-seemingly-abandoned “50 States Project” in which Stevens had stated that he planned to record an album of tunes inspired by and for each of the 50 states (Stevens now refers to the plan as “such a joke” and a “promotional gimmick”). And although the project may have been a gimmick, the albums Michigan and Illinois clearly demonstrate that the format nonetheless provided lush fields from which Stevens was able to yield full harvests of inspiration. By blending information garnered through research on the State’s history with personal anecdotes and commentary, Stevens is able to craft unique lyrical narratives that are as memorable as the grandiose, harmony-heavy, banjo-backed melodies that form the meat of his music on Michigan (and later on Illinoise).

Indeed, there is probably no better exemple of the style of songwriting that informed these two albums (and the songwriting that made Stevens famous) than the track, “For The Widows In Paradise, For The Fatherless In Ypsilanti.” The banjo-backed melody is simple and straight-forward, and yet, due to overdubbing, sweetly soft backing vocals and some simple piano and horns, the tune sounds lush and complex. Ultimately, Michigan plays like the softly-spoken sibling to the boisterous and orchestral Illinoise which followed it. But if the instrumentation is less grandiose here, the songwriting is every bit as (and arguably even more) beautiful. There is the plaintive and melancholy track “The Upper Peninsula, ” the sparkling and soothing “Holland, ” the festive and joyous “Detroit, Lift Up Your Weary Head! (Restore! Rebuild! Reconsider!)” I’ll even go as far as to suggest that it is one of the best albums from the past decade, and therefore deserves repeated listens. Even if you wore it out back when it was originally released, now would be a good time to dust off your copy and give it a fresh spin on the turntable. Score a copy on wax from Amazon.