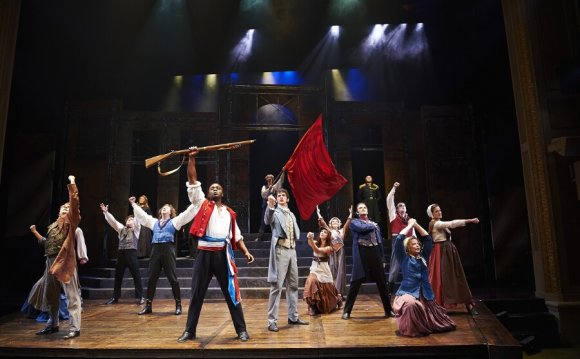 Hope seems lost when a violent shipwreck separates young Viola from her boat and twin brother. However, tragedy quickly turns romantic when she washes ashore in Illyria – an exotic island that is about to be turned topsy-turvy by love. To survive in her strange new world, she disguises herself as a boy messenger and enters the employ of an island inhabitant. Misplaced affections and misunderstood intentions result when she unexpectedly becomes an object of desire to the woman her employer sent her to woo! Time may correct the course of the isle’s myriad misguided lovers, but not before the Bard bewitches all in his enchanting comedy.

Open your heart to Charles Dickens’ classic tale of one man’s ultimate redemption. One of northeast Ohio’s favorite holiday traditions, A Christmas Carol is a perfect gift of theater for children and adults of all ages. Celebrate the season with the ones you love.

A 1960s Greenwich Village apartment is the scene for a deadly game of cat and mouse when a group of con-men manipulate and terrorize an unsuspecting blind woman to reclaim a mysterious doll. When the doll can’t be found, the situation spirals out of control. With murder afoot and suspense building, the woman deftly decides to “wait until dark, ” in an attempt to outwit her assailants. The thrills begin when the lights go out. Wait Until Dark’s chilling conclusion is proof positive that what you can’t see can hurt you.

When his suspiciously widowed mother swiftly marries his uncle, amidst demands for revenge from his murdered father’s ghost, the young prince Hamlet resolves that something is indeed “rotten in the state of Denmark.” Forced by circumstance into a world turned upside down by betrayal, distrust and madness, Hamlet spirals through a torrent of erratic emotion and bizarre behavior in a relentless pursuit of truth. Torn between duty and doubt, he wrestles tenaciously with the profound question “to be or not to be, ” until fate exacts its final answer.