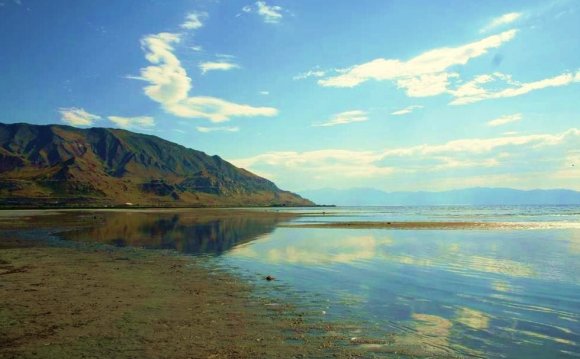 FRIENDS looks forward to another year of celebrating the relationship between local artists and one of Utah’s most precious natural resources, Great Salt Lake. Through artistic expressions, we enhance our capacity to build awareness about the Lake and our need to preserve and protect it for the future.

In 2014, FRIENDS of Great Salt Lake established The Alfred Lambourne Prize, an annual recognition and celebration of regional creativity inspired by our inland sea. FRIENDS invited creative work inspired by the Lake in the forms of visual arts, literary arts, sound and movement.

The prize takes its name from the renowned painter and writer Alfred Lambourne (1850-1926). Born in England, he moved with his family to the United States and settled in Salt Lake City in 1866. Lambourne’s artistic talents were put to use painting scenery for the Salt Lake Theater. He developed an early and passionate interest in Great Salt Lake, inspired in part by reading Captain Howard Stansbury’s account of the 1850 survey of the lake (Exploration and survey of the valley of the Great Salt Lake of Utah, 1852). Lambourne traveled the lake by sailboat and lived for a time on Gunnison Island in the hopes of obtaining land there through homesteading.

Lambourne is remembered for the dozens of sketches and paintings he created of Great Salt Lake as he captured facets of water, light, and land in the romantic style reminiscent of the Hudson River School painters. His writing, based upon his time on Gunnison Island, stands out as the earliest, most evocative prose penned on the Lake’s physical attributes and psychological impressions. Lambourne melded fact and fiction as he wrote first in serial fashion about the lake for The Deseret News then published these writings as Pictures of an Inland Sea (1894; 1902) and Our Inland Sea: The Story of a Homestead (1909).

Visually inspired and poetic in nature, Lambourne bestowed upon us the Lake through lyrical prose:

"There is another phenomenon to be seen at infrequent periods on the Inland Sea, one that is unpaintable, and also, I believe, entirely local. It is to be witnessed during the calm summer twilights, when the pale, fairy-like tints on the water are breathed upon by opposite currents of languid wind. As they interplay in bands, in points, in shifting isles of amber, azure and rose, the whole surface shimmers and glistens like a silken robe studded with countless pearls."

The significance of Great Salt Lake to Lambourne as he engaged in his subject across several modes of artistic expression was key in FRIENDS’ decision to name the annual arts and humanities prize after him.