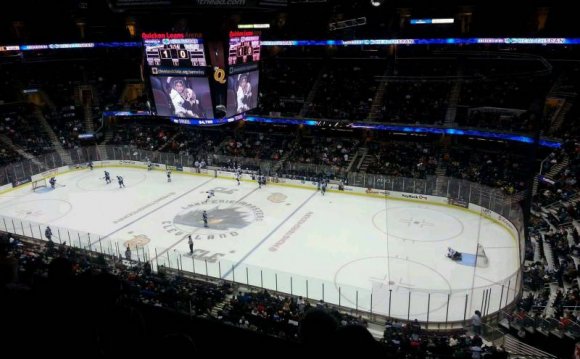 A connection many Ohio hockey fans have anticipated for years has finally come to fruition. Ceveland's Lake Erie Monsters of the American Hockey League reached a new National Hockey League affiliation agreement with the Columbus Blue Jackets. The multi-year agreement between the NHL and AHL teams' will begin with the 2015-2016 season.

It’s the electrifying energy and unstoppable passion of Monsters fans inside The Q combined with the award-winning game presentation that make attending a Monsters game the BEST fan experience in the AHL! From the moment you step inside the arena, you’ll find FREE concourse activities for the whole family, including hair and face painting, sign-making, temporary tattoos, interactive games, music and special performances by the Monsters Hockey Girls —and there’s always a good chance you’ll run into Monsters mascot Sully! Throughout the season, fans can also expect a lineup of special theme nights and exciting giveaways.