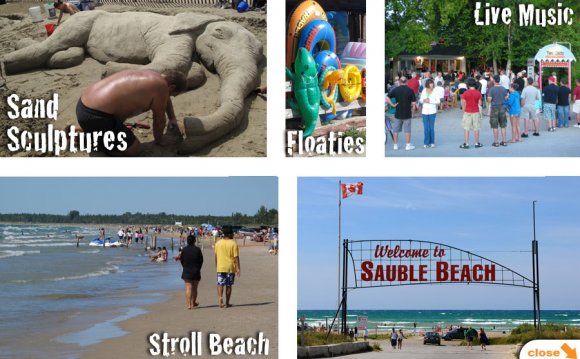 Each city in Michigan has a unique history and tradition. This includes everything from when the city was created to how it was named. With that in mind, we’re creating a new feature on the Pure Michigan Connect blog where we will tell the story of how five Michigan cities earned their names. Check out the first five below and look for more in the coming weeks.

Detroit:
Let’s start with Detroit, the city with the most Michiganders and one of the oldest cities in the Midwest. The city is named after the Detroit River, which links Lake Huron and Lake Erie. The word “detroit” is French for “strait, ” and the French called the river “le détroit du Lac Érié, ” meaning “the strait of Lake Erie.” On July 24, 1701, a French explorer and nobleman by the name of Antoine de la Mothe, sieur de Cadillac founded Detroit. Check out the Detroit Fall Beer Festival on October 22 at Eastern Market, which will feature more than 40 Michigan craft breweries offering more than 200 different beers for sampling throughout the day.

Mackinac Island:
Like many historic places in the Great Lakes region, Mackinac Island’s name derives from a Native American language. It’s been said that Native Americans thought the shape of the island resembled a turtle, so they named it “Mitchimakinak” meaning “big turtle.” Then, the French used their own version of the original pronunciation and named it Michilimackinac. However, the English shortened it to the present name: “Mackinac.” You can check out live streaming video of Main Street on Mackinac Island here.

Traverse City:
Traverse City’s name is almost self-explanatory – it is named after the Grand Traverse Bay. Indian hunters and French traders were the first people to spend time here, and it was they who gave the region its name – La Grand Traverse, because of the “long crossing” they had to make by canoe across the mouth of the bay. But even the native Ottawa and Chippewa people didn’t settle here permanently until the early 18th century. Check out the Traverse City page on michigan.org for a listing of more than 150 boutiques and restaurants.

Ludington:
Ludington wasn’t always knows as Ludington, but was originally named Pere Marquette Village, which was named after French missionary and explorer Father Jacques Marquette. After it was settled in 1847, a number of lumbering camps sprung up in the area, and a lumber baron named James Ludington built and settled into what are now impressive historic homes. Residents later renamed the city after him. It’s a place where simple, timeless joys are Pure Michigan.

Grand Rapids:
Before it was named Grand Rapids, the area was settled by Ottawa Indians near the Grand River Valley. One French trader named Louis Campau established a trading post in the area in 1826 and in 1831, he bought 72 acres of land from the federal government for $90 and named his land “Grand Rapids.” This land is now the entire downtown business district of the city. It’s a place created by and for artists of all types, and you can learn more on the Grand Rapids page on Michigan.org.