Why is the Great Salt Lake salty? 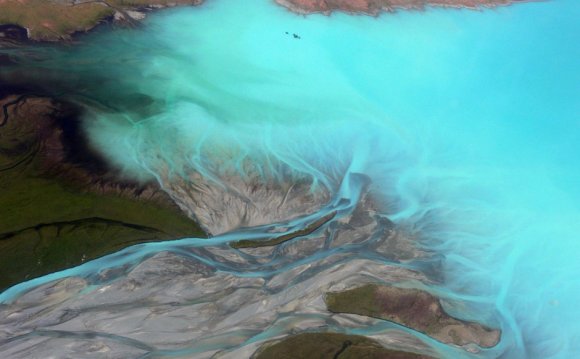 The Great Salt Lake is different from other inland lakes because it has no outlets to the ocean.

Freshwater does contain a little salt, eroded from rocks and soil. Even though salt constantly washes into freshwater lakes, it also flows out at the same time, eventually making its way into the ocean.

The Great Salt Lake is different from other inland lakes because it has no outlets to the ocean. Three rivers empty into the lake, but the only way water can exit the lake is by evaporation. When water evaporates out of the lake, it leaves most of its salt behind, just like in the ocean. In fact, the chemistry of the Great Salt Lake is similar to the ocean, except that it’s even saltier. That’s because the area is very dry and has a high rate of evaporation, which leaves behind a higher concentration of salt. The same concentration of salt happens in shallow, arid parts of the ocean, like the Red Sea and the Persian Gulf.

Why aren’t there any rivers flowing out of the Great Salt Lake? Let’s rewind about 30, 000 years. A prehistoric, freshwater lake covered almost 20, 000 square miles of Utah, Nevada and Idaho. Several rivers emptied into it and outlets flowed into the Pacific Ocean. As the glaciers receded from North America, the amount of water flowing into the lake decreased and the water level dropped, cutting the lake off from its outflowing rivers. The Great Salt Lake is a remnant of this prehistoric lake.

Why is the Sea Salty?