History of the Great Salt Lake 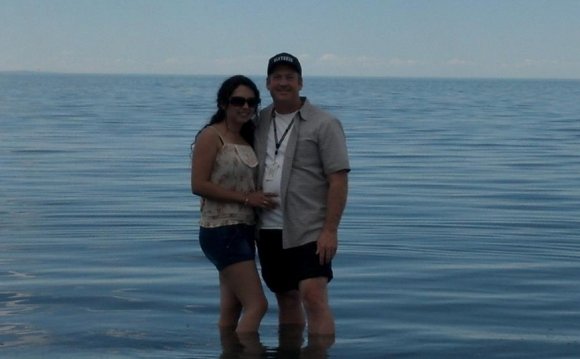 Hundreds of gambling implements, including dice, hoops, carved sticks and other items, have been found in a cave on the shore of the Great Salt Lake, known simply as ‘Cave 1’, according to a report by Science and News website Western Digs .

The items were used in games of skill and chance and archaeologists believe there may be more than 10, 000 other implements still to be found. If so, it will be the largest collection of ancient gambling artifacts ever discovered in the western US. The items, along with artifacts from previous explorations, are currently being studied by archaeologists from the University of Alberta and Brigham Young University.

The cave, which was once home to an obscure culture known as ‘The Promontory’, has been subject to repeated investigations since the 1930’s, producing a wealth of discoveries. These include a large collection of moccasins from excavations carried out in 2010. Other items include animal bones, such as bison and elk. Most of the artifacts can be dated to a period of just 20 to 40 years during the late 13 th century.

Moccasin from the Promontory Cave, made with Bison hide. Exhibit in the Natural History Museum of Utah, Salt Lake City. ( Wikimedia Commons )

Dr. John Ives has been researching the cave complex for many years and believes that the range of artifacts discovered there is unparalleled in western North America. “This to me can be seen as the intersection of three factors: remarkable preservation, a cave population that was thriving during its 20 to 40-year stay, and a real cultural predilection for gaming activities”, he told Western Digs .

Gambling is a subject that is little understood in the field of prehistoric studies. However, Dr. Ives believes that it may have served a wider purpose beyond mere entertainment, helping different groups to interact as they migrated across America. The Promontory People appear to have migrated south from a homeland in the Canadian Subarctic. The animal bones have helped archaeologists to obtain a valuable insight into the lives of these people, suggesting that they grew in number throughout the late 1200s whilst other nearby cultures, such as the Fremont, had given up farming and were foraging due to a drought. Complex environmental and social factors produced a period of turmoil, but the Promontory people seem to have been well fed and clothed and this in turn indicates that the gambling in Cave 1 was a form of entertainment for people who had both resources and free-time.

The fact that most of the gaming pieces are dice has been interpreted as support for this conclusion. These are made from split pieces of cane, decorated on one side with cut or burned lines while the other side is plain. Most of them were found near the cave entrance, close to a hearth which would have formed an important social space. Alberta doctoral student Gabriel Yanicki believes that most of the dice games were played by women and that the stakes among the participants were smaller than those for the games played by men. They probably would have included small personal items or decisions about who carried out chores such as washing or cooking.

Excavations have revealed hundreds of gaming pieces, including these split-cane dice and split sticks, which were used in dice and guessing games, archaeologists say. (Photo courtesy Ives and Yanicki)

Historical accounts of similar native dice games exist among indigenous peoples such as the Crow. They indicate that the dice games in Cave 1 may have been played as part of a board game in which points were scored according to the amount of times the marked sides of around three to eight dice fell face up. Yanicki believes that although the men didn’t participate they may have bet on the results.

Other items found in the cave indicate that men played more physical games than the women. These artifacts included a hoop and a feathered dart, the aim being to try and pass the dart through the hoop while it was rolling along the ground. The stakes for this kind of game may have been much higher, perhaps including higher value items or enslavement of the loser. They may also have been played in order to settle disputes as an alternative to warfare. The Promontory People may have played such games in order to decide issues with their Fremont neighbors.