Salt from the Great Salt Lake 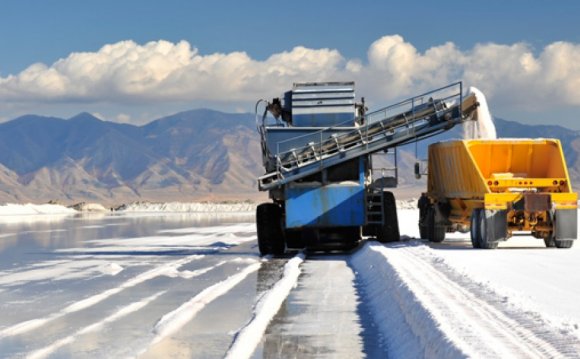 The scientist and researchers who spend their time studying the Great Salt Lake might forgive you for not noticing how far it’s dropped. But if you shrug off the loss, calling the lake “dead” or a “waste, ” they’re likely to fiercely disagree.

“The lake is important and the ecosystem is important, ” said Maureen Frank, a doctoral research fellow at Utah State University. “If we took at the water out of the Great Salt Lake, this would be a terrible place to live.”

Tap or scroll over the different icons on the map to read, watch, see and listen. You can also scroll to the index below.

The Great Salt Lake’s fickle nature has made an impression on Utahns at least since Brigham Young named the territorial capital after it. The lake is known for highs and lows, for being unpredictable, for creating mixed feelings among its human neighbors. But today, the water is nearly at an all-time low, just inches away from a record set in 1963.

The future of the lake can’t be predicted but experts’ worries grow as the shores recede. No one expects enough snow or rain to fall anytime soon to drastically raise water levels and reverse the warning signs popping up all along the Wasatch Front: People are experiencing more dramatic changes in the air quality; Tens of thousands of birds have died of disease during a single season; Businesses that depend on the lake are facing a dire economic future.

And perhaps most puzzling of all — and one of the reasons for this project — is the wide disconnect between the giant lake and the humans who’ve built their lives around it.;

As the Great Salt Lake approaches a historic low, the Standard-Examiner is delving into environmental and economic consequences. It’s an ongoing project, to be built and updated often. Explore the map above or use the index below to learn about the Great Salt Lake and the challenges it faces.