Surface area of the Great Lakes 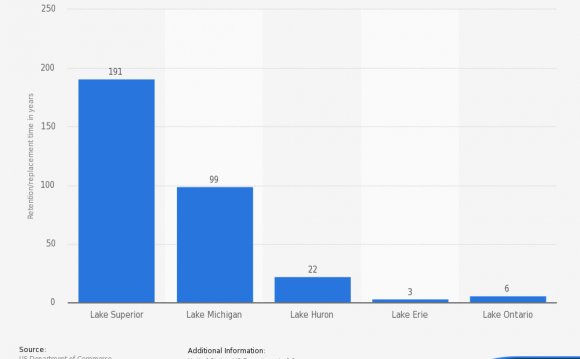 If you seek a pleasant peninsula, look about you. The Michigan state motto is a great reminder of two things Michiganders hold dear: the Great Lakes that literally shape our state and the beauty found within those peninsulas. The Great Lakes — Huron, Ontario, Michigan, Erie and Superior — make up the largest freshwater system on the planet.

The Lakes are connected through a system of canals and connecting waterways, such as the Detroit River and Lake St. Clair. Learn more about the flow of water, from Lake Superior to the St. Lawrence Seaway and the Atlantic Ocean.

Watersheds are often referred to as drainage or catchment basins and are defined as the land area that drains – or sheds – water to a particular river, stream or body of water. Watershed boundaries are determined by high points in the landscape. In Michigan, virtually all watersheds eventually drain into one of the Great Lakes. What we do on the land can have a profound effect on our water systems. Learn more about watersheds, figure out which watershed you live in and gain an understanding of how water flows and drains throughout the state. See: Michigan Watersheds Map

10 Largest Lakes in the U.S. by Surface Area