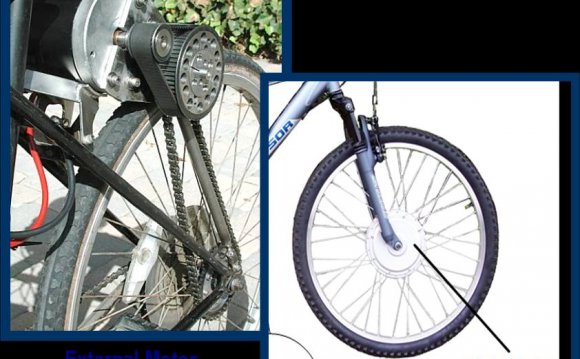 Scott Coates founded Coates Electrical & Instrumentation Inc. in 1994 after spending nearly 25 years at Great Salt Lake Mineral as the Electrical and Mechanical Maintenance Engineer. Scott believed that the electrical industry needed a construction company that focused on reliability and maintainability after the construction phase was complete. What he has built is just such a company. Coates E & I's success can be attributed to Scott's "We can do anything with nothing" attitude and commitment to "Never Quit". Project upon project has been completed with Coates' ability to overcome tasks and supply customers with plant's that sustain their earning capacities long after the construction is complete. Scott believes that you must have a highly trained and skilled staff, which are cross trained not just as electricians but as technicians. With this highly skilled workforce, Coates E & I is currently raising the expectations of customers across the Electrical, Instrumentation and Automation fields. Scott has attained many accomplishments over his career among them are: Master Electrician multi state, Level III Certified Control Systems Technician, By the ISA, Who's Who in US Executives, Mayor of Washington Terrace, Bishop in the LDS Church, Husband and Father of Three. Scott enjoys his family work, playing guitar, work, grandkids, work, vintage cars, and mostly work.

President/COO Jason Coates is a founding member of Coates Electrical & Instrumentation Inc. Jason's eagerness to learn and apply any of the skills he has attained from Scott and so many other talented professionals shows in his everyday approach to problem solving. Jason has enjoyed many successes in his history at Coates E & I, he began as an apprentice electrician in 1994 digging ditches. In 1996, he attained his Residential Journeyman License and began working on a residential strategy for the business. In 1998, he obtained his Journeyman Electrician License and began project management on government sites for chemical weapon demilitarization. By 2000, Coates E & I promoted Jason to Industrial Superintendent and added Project Managers to handle growth. In 2003, Jason attained his Master Electrician License and was later named VP of Operations overseeing all of Coates E & I's day to day construction activities. In 2006, Jason achieved his CAP (Certified Automation Professional) by the ISA and later that year was named President of Coates Electrical & Instrumentation. Jason hopes to continue in the success of his father and further the capabilities of Coates E & I in the future.

Senior Vice-President/CAO Shawn Lueders is a founding member of Coates Electrical & Instrumentation Inc. Shawn's Can Do attitude has been invaluable in his success at Coates E & I. Shawn began as an apprentice electrician in 1994 digging ditches with Jason Coates. In 1996, he and Jason built & created the residential strategy for the business wiring hundreds of homes by the years end. Shawn believes it is a waste of resources to fish for trout when youre best at catching whale. In 1999, he obtained his Journeyman Electrician License and began project management on various government sites and commercial projects. Shawn built up the multi-million dollar material procurement and logistics systems for Coates E & I. He was promoted to Commercial Superintendent and supervised several Project Managers to handle the ever growing workload. Shawn succeeded Jason as Vice President of Operations and in 2006 was promoted to Senior Vice-President of Commercial & Industrial Operations and Chief Analytical Officer. Shawn is an invaluable resource to Coates E & I and our customers. Shawn enjoys spending time with his family, golfing and hunting geese.

Sec. Treasurer/CFO Sara McLaughlin started working at Coates Electrical & Instrumentation Inc. in 1996, while she was still in High School. She began her career dumping trash cans and cleaning the office. She later graduated from Bonneville High School and obtained her Degree from Weber State University. While in high school, she began working in the office performing data entry work and filing. In 2001, after mastering APs, ARs, Payroll, and Human Resources she was promoted to Office Manager. Saras financial skills and cheery attitude paved the way for her promotion to C.F.O. in 2006. Sara is responsible for all of the holdings, corporate documentation of the various companies of our organization.

She is an intricate part of the success of our corporation. She enjoys spending time with her family, camping, hunting and reading a good book.

Travis Coates began working as our first apprentice electrician in 1998, under the U.S. Bureau of Apprentice program (BAT). At sixteen years old, he was installing electrical, data, and instrumentation equipment in classified industrial facilities. Traviss mechanical & reasoning skills immediately identified him as an excellent fleet manager. He began solving the logistics problems of operating a multi-state fleet of trucks & equipment. By the time he was twenty-one, Travis, (nicknamed Chubby despite his 115 lb frame), was managing several million dollars of trucks, heavy equipment, inventory, and building structures of the corporation. He likes to fade into the background and Just make it Happen, his motto is: Rubber side down Shiny side up. He was promoted to Chief Risk Officer in 2007, and is responsible for all of the physical assets of Coates Electrical & Instrumentation Inc.., if you see it on the job, it came through him. Chubby enjoys spending time with his family, movies at home, hot rods, dining out and just hanging out in his zipcode.

Tom Smith joined Coates Electrical & Instrumentation Inc. in 1997. He accomplished his journeyman electrician license in 1990. Tom has extensive experience in all aspects of the electrical & instrumentation field from commercial building to heavy industrial power and control. He started with CE&I as a Foreman, he was promoted in 2000 to Commercial Superintendent. Currently Tom has been a Project Manager since 2006. Tom has a no fail attitude and has never missed a deadline or a budget. There has never been a challenge Tom has not risen to since being with CE&I. Tom can be described in one word, workaholic. His endless support for the CE&I team is unsurpassable as is...

Another Beautiful Sunset On The Great Salt Lake (part five)

Another Beautiful Sunset On The Great Salt Lake (part three)